ITM maintained fruitful partnerships on sustainable scientific, medical and veterinary capacity building in 10 countries in the South, with support from the Belgian Development Cooperation and the Flemish government. With the start of a new multi-year framework programme between the Belgian Development Cooperation and ITM, the Institute continued to follow its motto “Switching the Poles”, with partners taking charge of developing their own scientific and medical expertise, as they own, lead and are held accountable for their role in the partnerships.

Countries where we have global alliances

2017 saw many exciting advances on the ITM development cooperation front. A major milestone being the beginning of the new quinquennial framework agreement of nearly €70 million over a five year period between the Belgian Development Cooperation and ITM. Under the auspices of this framework many projects shone through. These ranged from our contribution to the international consortium on eliminating sleeping sickness, to the rise in status to supranational reference lab of our partner in Benin, to welcoming four journalists in residence to ECTMIH2017, through to our work in rebuilding a shattered health system in Guinea-Conakry post-Ebola. Development cooperation projects outside the framework included strengthening the evidence base of public health in Mozambique with the support of the Flemish government.

ITM aims for elimination of sleeping sickness in the DRC

Bruno Gryseels, ITM Director, met Bill Gates as pictured during a summit on neglected tropical diseases in Geneva in April 2017. There  ITM officially joined hands with the Belgian government and the Bill & Melinda Gates Foundation to eliminate sleeping sickness. Thanks to progress in the areas of diagnosis, treatment, digitalisation and control of the tsetse fly that transmits the disease the time was considered ripe to give this long standing disease the deathblow.

On the initiative of Minister Alexander De Croo, the Belgian Development Cooperation and the Bill & Melinda Gates Foundation will invest nearly €50 million in the fight against the disease in the DRC, where around 85% of cases occur, over a nine year period. ITM is coordinating the international support to the Congolese elimination efforts. 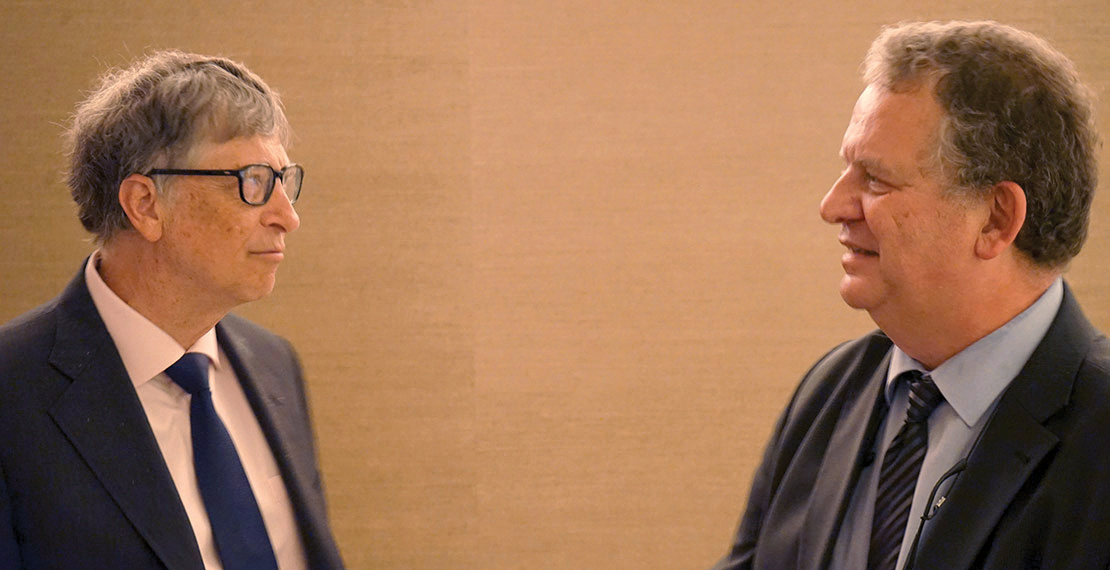 “The Institute has been doing an excellent job for a long time […] It has found the right way to reach even the most remote places.”

Bill Gates on the Institute of Tropical Medicine Antwerp 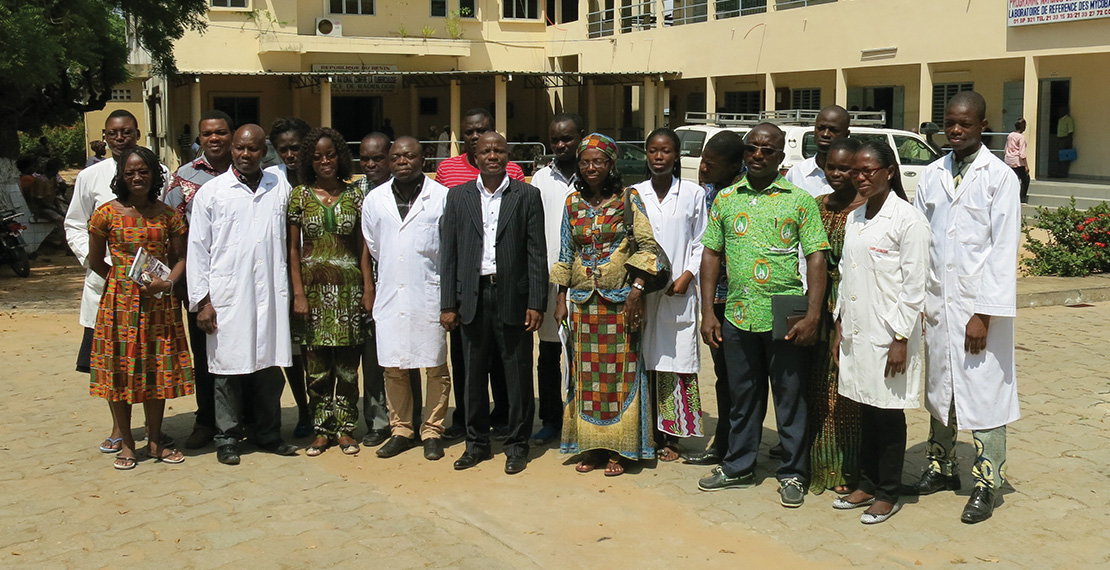 ITM has programmes working to build the institutional capacity of 19 partner organisations in Benin, Burkina Faso, Cambodia, Cuba, Democratic Republic of the Congo, Guinea, Ivory Coast, Peru, South Africa and Vietnam. Thematically the  programmes focus on HIV, malaria, tuberculosis and Neglected Tropical Diseases, as well as on the organisation of health care with specific attention to reproductive health, fragile contexts and social-anthropological determinants.

Over the past 10 years, with support of the Belgian Development Cooperation, ITM has contributed to scientific capacity building at Laboratoire de Référence des Mycobactéries (LRM) in Cotonou. 2017 marked a moment of pride for the partnership, as the scientific growth of LRM and its staff was rewarded with its entrance to the WHO Tuberculosis (TB) Supranational Reference Laboratory (SRL) Network of which ITM is also a coordinating centre. As the third SRL in the WHO African Region it will support other TB laboratories in the continent where most of the 10 million yearly TB cases occur.

2017 marked the fourth edition of the ITM’s Journalist-in-Residence programme, a part of ITM’s capacity building programme in developing countries, financed by the Belgian Development Cooperation. It offers journalists from Africa, Asia and Latin America the opportunity to deepen their understanding of topical issues in tropical medicine and global health. Out of an impressive 130 candidates, four candidates were invited to Antwerp for a stay coinciding with ECTMIH2017. 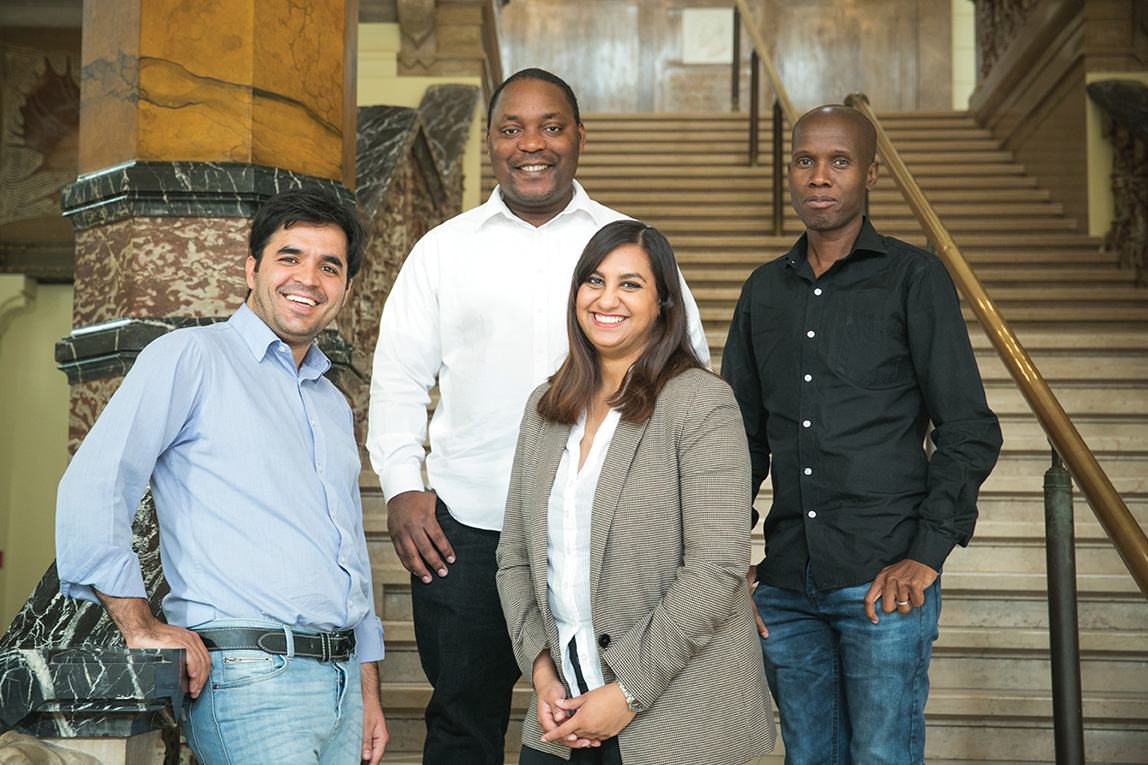 Injecting scientific excellence in the rebuilding of Guinea’s health system

Guinea’s already weak health system was reduced to shackles after the Ebola epidemic as it took the lives of many health professionals along with their patients. As part of its health sector recovery strategy, the Guinean government is recruiting over 2000 new health workers. ITM, its Guinean institutional partner ‘Centre National de Recherche et Formation en Santé Rurale’ and the NGO ‘Fraternité Médicale Guinée’ are training young professionals via an e-learning course so they can provide quality care for the rural population. In May 2017, the partners developed e-learning modules during best-practice workshops in Antwerp. Research into the Guinean health sector recovery is also on the agenda as this partnership became the only institutional country programme to be added to the framework programme in 2017. 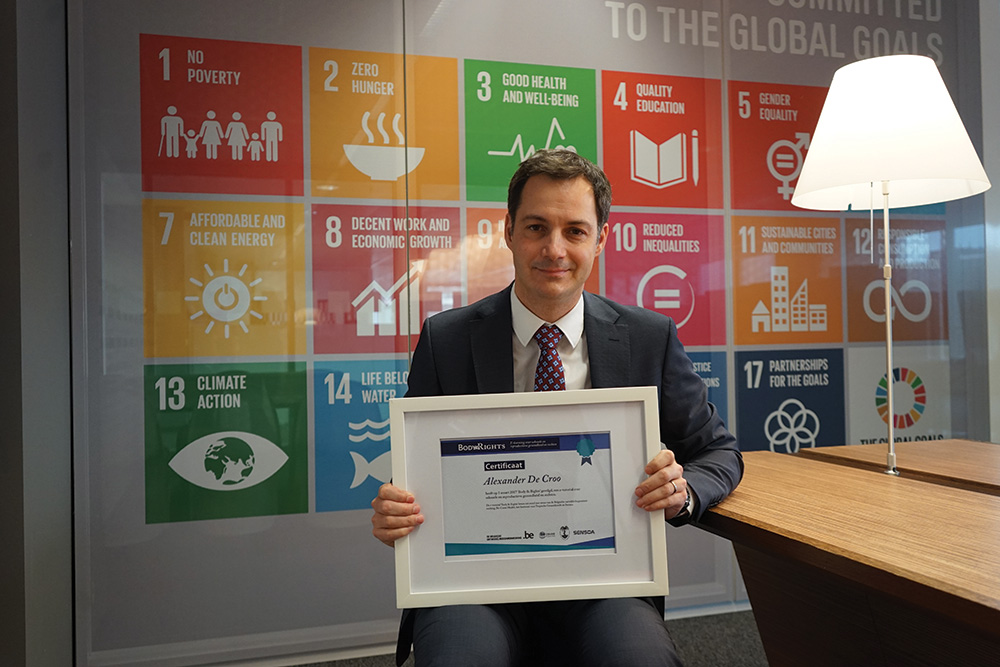 On the eve of the international conference She Decides in Brussels, Deputy Prime Minister and Minister for Development Cooperation Alexander De Croo, pictured below, launched Body & Rights, a bilingual (French/Dutch) website with an e-tutorial on sexual and reproductive health and rights. ITM, Be-Cause Health and Sensoa created the e-tutorial.

Partnership in Mozambique makes a difference

An atypical project in development cooperation, financed by Flanders and facilitated by ITM, is strengthening the evidence base of public health in Mozambique. The project builds the research capacity and management of the Instituto Nacional de Saúde (INS), with full ownership on the side of the Mozambican national health institute. INS and ITM are now looking to take a science-based approach to the containment of antibiotic resistance, a major threat to public health and patient safety in Mozambique.

During the past five years, several INS staff members followed scientific and technical trainings at post-graduate level and the governance and management of the institute were improved. Three Mozambican researchers worked on their doctoral research in the context of the BICMINS-project throughout 2017 (Building Institutional Capacity at the Mozambique INS) and two more have joined their ranks in 2018.
ITM’s role in the project is to provide its expertise in response to needs identified by INS. Researchers from Antwerp support their colleagues in Maputo, among others by teaching short courses and through exchange of expertise on specific topics like the functioning of the ethics committee and strengthening institutional research coordination.

Since 2012, the Flemish government has supported the institutional cooperation between INS in Maputo and ITM in Antwerp. Because of the progress the INS made since, it is now possible for them to put further emphasis on health priorities, and antibiotic resistance is at the top of the list. In Mozambique, bacterial infections are a major cause of illness and death. One of the causes of growing resistance is over-prescription of antibiotics. But doctors in the field do not always have effective laboratory support to determine the causes of disease. “Tackling antibiotic resistance begins with correct information, but a shortage of effective surveillance gets in the way of a proper response,” said professor Jan Jacobs of ITM. “With better data we can implement improved treatment guidelines and take preventive measures against hospital infections.”

©2018 Institute of Tropical Medicine
made with passion @comfi